The Nuevo Taxco Silver Gold Project is located approximately 80 km south west of Mexico City in the Pregones Mining District and is comprised of approximately 1,100 hectares. Pantera Silver acquired the project from Impact Silver Corp. (TSX. IPT) under an option agreement. In 2013, IPT had completed an initial field program of mapping and sampling the the property which identified twenty-one (21) silver bearing veins with significant widths. Of the 395 samples taken, 3 samples were over 1kg silver per tonne.

Pantera will be following up the 2013 field program with another complimentary program which will expand the sample grid, map newly potential new veins, and identify exploration drill targets. 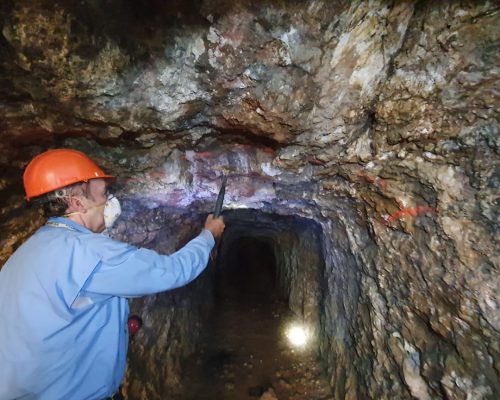 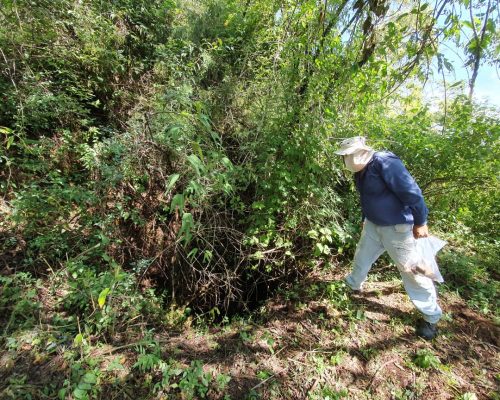 A substantially underexplored area with adjacent acquisitions and a 500 year history of producing silver. 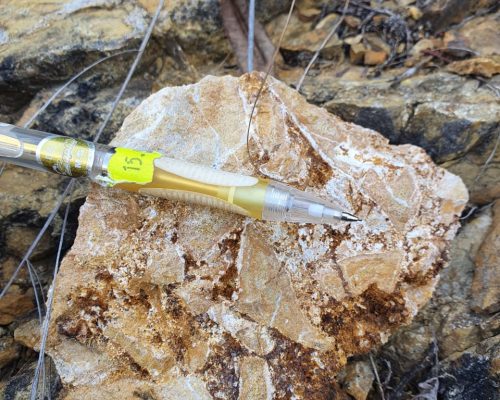 High-grade silver has been identified near the surface with an expansive exploration upside.

Over 500 years of mining history

Early mining likely began in the Pregones District at roughly the same time as Zacualpan and Taxco. Prior to the arrival of Cortez in the early 1520’s the indigenous people had been processing silver and gold from about 650 AD onwards through skills that they attained through contact with people from Bolivia and Peru. Modern mining began in the Zacualpan– Taxco area of central Mexico with the arrival of Herman Cortes in the early 1520’s and has pretty much been in continuous production for the past five hundred years.

The Pregones Mining District shares the same stratigraphy as the Zacualpan District (Figure 3), lower Cretaceous rocks of the Telooapan and Acapetlahuaya Formations, both of which are a mixed volcanic and sedimentary assemblage. Whereas in the Taxco District it is correlative sediments of the Mezcala Formation and limestones of the Morelos Formation, also of Cretaceous age.

The miming of the vein emplacement is 32 million years, exactly the same as the Eocene felsic intrusive rocks of the Tilzapolta Formation, which are thought to represent a heat source that ultimately was responsible for veining. Overall the veins occupy a ten kilometer wide zone of Transpressional Shear that extends from Sultepec, thirty kilometers to the northwest to Taxco. Regional metal zoning has been observed, with the silver veins being principally epithermal with lead and zinc, whereas at depth mesothermal gold bearing veins having copper are present.

During the several weeks of prospecting and rock sampling that was carried out in 2013(by Impact Silver Corp. A total of twenty‐one silver‐bearing veins were identified. Shown on Figure 6 are the surface traces of these veins as projected using some proprietary GIS (Geographic Information System) software developed by Impact’s exploration department. Most were initially discovered in small under‐ ground workings.

A total of 395 rock samples were collected. High silver values grading over a kilogram per tonne silver occur in three samples (1,430, 1,230, 1.100 g/t), with another hundred and nineteen grading over 100 g/t Silver. Most of which come from the twenty‐one veins thus far identified.

Figure 7 shows the orientation of the principle veins. In general most of the higher grade veins tend to have northwest strikes, with northeast dips. As a general rule these orientations in the Zacualpan District veins of tend to have a good degree of structural continuity over distances in the kilometers, with the better grades often restricted to multiple intervals of ranging from 80 ‐ 200 meters. Examples within the Zacualpan District of these veins producing good mines would include the Chontalpan, La Cuchara, La Marquesa, San Felipe, El Progreso to name just a few.

Several of the other veins have a north‐south strike orientation, with dips mainly to the east. Generally veins of this orientation produce the biggest mines in the Zacaulpan District. Both the structural and grade continuity tends to be the best, often being multiple kilometers long in terms of structural continuity, with good grades often exceeding half a kilometer. The most notable example in the Zacualpan District would be the San Margarito, La Renovacion, Concordia, all are located in the Alacran Area of the central por􏰀on of the Zacualpan District.

A few northwest striking, southwest dipping veins also occur, and although they are known to produce good mines such as the Mirasol, the grade continuity is often challenged with the better grade portions being restricted to intervals of fifty to a hundred meters.

The silver‐bearing veins mapped and identified during the short 2013 exploration program grade over a kilogram per tonne silver in places. The widths of these veins often exceed one to two meters. The orientation of these veins are in general conducive to having good strike lengths, with above average grade continuity. Roads exist throughout most portions of the property and infrastructure is only four kilometers away through the town of Tetipac. The historic mining city of Taxco lies just ten kilometers away via paved road.

The Company entered into an agreement to acquire the Nuevo Taxco Silver-Gold Project from Impact Silver on the following terms:

The Company entered into an agreement to acquire the Nuevo Taxco Silver-Gold Project from Impact Silver on the following terms: